Skills/Compétences Canada (SCC) and Stanley Black & Decker have been in partnership since 2011.  Stanley DeWALT has shown tremendous support as an Official Supplier for approximately 14 competition areas at the Skills Canada National Competition (SCNC) by providing Stanley hand tools and DeWALT power tools for competitor use. In addition, due to their financial support, SCC is proud to recognize Stanley DeWALT as an Official Sponsor of the competition.

Following SCNC, the tools used during the event are donated to eligible schools in the province in which SCNC is held through the Stanley DeWALT Tool Enhancement Program. This valuable tool collection is distributed among chosen schools through an application process. The tool package includes a variety of Stanley hand tools and DeWALT power tools such as cordless power tools, miter saws, scroll saws, and accessories. Five local schools have annually received equipment for use in their junior or senior trade and technology programs since the inception of this partnership. The Tool Enhancement Program has proven to be a lasting legacy for the provinces in which the national competition is hosted.

In addition to their support of the Skills Canada National Competition, Stanley Black & Decker has become involved as a WorldSkills Team Canada Gold Level Supplier.

This partnership continues to grow and benefit young Canadian tradespeople prior to, during, and after the competition.

Congratulations to the 2019 Recipients!

Congratulations to the 2018 Recipients!

Congratulations to the 2017 Recipients!

Congratulations to the 2016 Recipients! 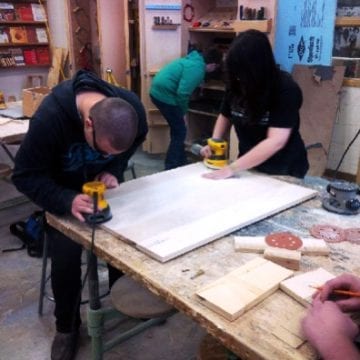 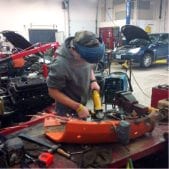 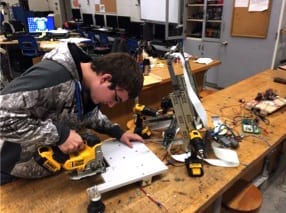