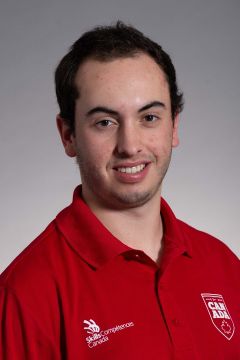 I chose a career in the trades because I enjoy taking things apart and putting them back together to see how they function. I chose my trade in particular because I wanted a career that touched on many things such as: electrical, mechanical, piping, commissioning, troubleshooting etc. My career goals are to finish my apprenticeship and become a Red Seal technician. Although I plan to continue working at Acadia Refrigeration, sometimes I think of starting my own company when I’m older.

My biggest inspiration is my boss and good friend Darren Best. He’s by far the smartest person that I know and can basically fix and build anything, whether or not it has to do with refrigeration. I look up to him and hope that someday I will have the same knowledge and skills that he does.

A skill that has been instrumental to me in my training and during the competition would be thinking because you are constantly thinking about what’s going on with a system if you’re troubleshooting, or thinking of piping practices, electrical sequences, mechanical sequences, industry standards, and what you have to do next.

National winner from Annapolis Valley off to world skills competition in Russia, The Chronical Herald 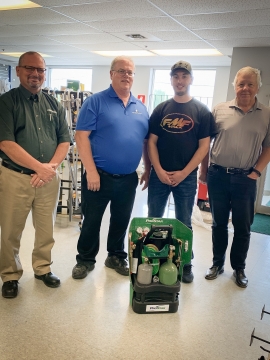